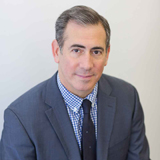 Following college at Yale and law school at Northeastern University, Shuster practiced publishing and entertainment law at the law firms of Palmer & Dodge and Ropes & Gray. He founded the literary agency Zachary Shuster Harmsworth which recently merged with Kuhn Projects to form Aevitas.

Based in New York, Shuster represents both fiction and nonfiction. His nonfiction list primarily focuses on current affairs, politics and civil rights, health and wellness, memoir, business, and history. His fiction list includes both literary and commercial novels, including mysteries and thrillers.

The Memory Thief: And the Secrets Behind How We Remember—A Medical Mystery

Stealing MySpace: The Battle to Control the Most Popular Website in America

Dragnet Nation: A Quest for Privacy, Security and Freedom in a World of Relentless Surveillance

Better Than Normal: How What Makes You Different Can Make You Exceptional

Weed the People: A Journey Into America’s Legalized Future

The Beast in the Garden

Martians and the American Mind

Bottom of the 33rd: Hope, Redemption, and Baseball’s Longest Game

The Boys in the Bunkhouse: An American Story of Abuse, Endurance, and Triumph

This Land: America, Lost and Found

Mission-Driven Leadership: My Journey as a Radical Capitalist

Chasing Icebergs: How Frozen Freshwater Can Save the Planet

Thinking in New Boxes: A New Paradigm for Business Creativity

Outside Shot: Big Dreams, Hard Times, and One County’s Quest for Basketball Greatness

Does Jesus Really Love Me?

The Stuff: Unlock Your Power to Overcome Challenges, Soar, and Succeed

Travels with Casey: My Journey Through Our Dog-Crazy Country

America Anonymous: Eight Addicts in Search of a Life

We Don't Even Know You Anymore: A Journey in the Heart, Science, Politics, and Possibility of Change

The Moment You Can’t Ignore

Do What I Say, Not Who I Did: All the Sex Advice No One Tells You Before You Go to College

The Sell: The Secrets of Selling Anything to Anyone

First to Fall: Elijah Lovejoy's Fight for a Free Press in the Age of Slavery

Our Fathers: The Secret Life of the Catholic Church

Platonic: How to Make and Keep Friends As An Adult

Blood on the Street: The Sensational Inside Story of How Wall Street Analysts Duped a Generation of Investors

King of the Club: Richard Grasso and the Survival of the New York Stock Exchange

Circle of Friends: The Massive Federal Crackdown on Insider Trading

Sensitive: The Power of a Soft Heart in an Era of Heartlessness

Two Beats Ahead: What Great Musical Minds Teach Us About Innovation

Around the Way Girl

Bird Dream: Adventures at the Extremes of Human Flight

Willie Mays: The Life, The Legend

Good Vibrations: My Life as a Beach Boy

Thinking in New Boxes: A New Paradigm for Business Creativity

The Stuff: Unlock Your Power to Overcome Challenges, Soar, and Succeed

Great is the Truth

The Wisdom of Teams

Leading Outside the Lines

The Opposite of Loneliness

Throwback: A Big League Catcher Tells How the Game is Really Played

Evidence of Harm: Mercury in Vaccines and the Autism Epidemic

Inside Marine One: Four U.S. Presidents, One Proud Marine, and the World’s Most Amazing Helicopter

How to Help the One You Love

Fierce Love: A Bold Path to Ferocious Courage and Rule-Breaking Kindness That Can Heal the World

The Bedtime Book for Dogs

Good Vibrations: My Life as a Beach Boy

The Ride: A Shocking Murder and a Bereaved Father’s Journey from Rage to Redemption

The World of Lore: Monstrous Creatures

The World of Lore: Wicked Mortals

The World of Lore: Dreadful Places

Invincible: The 10 Lies You Learn Growing Up with Domestic Violence, and the Truths to Set You Free

The Art of the Steal

The Threat: How the FBI Protects America in the Age of Terror and Trump

Care of the Soul

A Religion of One's Own

Everything Conceivable: How the Science of Assisted Reproduction is Changing Our World

The Power of Agency: The 7 Principles to Conquer Obstacles, Make Effective Decisions, and Create a Life on Your Own Terms

Women Who Think Too Much

His Name Is George Floyd

Two Beats Ahead: What Great Musical Minds Teach Us About Innovation

A Reason to Believe: Lessons from an Improbable Life

Faith in the Dream: A Call to the Nation to Reclaim American Values

The Power of Being Yourself: A Game Plan for Success

Real Boys: Rescuing Our Sons from the Myths of Boyhood

Trump on Trial: The Investigation, Impeachment, Acquittal and Aftermath

You Can't F*ck Up Your Kids

The Way of Boys: Promoting the Social and Emotional Development of Young Boys

The Power of Agency: The 7 Principles to Conquer Obstacles, Make Effective Decisions, and Create a Life on Your Own Terms

Next
No items found.